Earlier this summer, we obtained 50 chokecherries, several dozen golden birch, and some fast-growing poplars from TreeTime.ca.  The plants were dormant, but quickly grew. I am sure by this time next year, they will actually have enough growth to protect the orchard somewhat from the West winds that blow down that pasture behind there.

Currently, we are having the ‘invasion of the grasshopper’. They don’t seem to care that much for fresh Haskap, but there is some damage in the big orchard. Mostly leaves, so I don’t think it’s going to matter that much. At any rate, I’m not going to use anything on them, and they will disappear when the cold weather comes.
There has been no rain for over 2 weeks, but the moisture meter is still reading ‘sufficient’ at 4-6″ depth, so I’m not watering. I think the little drought will encourage the roots to search a bit deeper and develop before the winter sets in, and that’s a good thing.

I also got soil samples for the North Big Orchard, and it’s amazing!! After one year, we’ve gone from a pH of 7.2 to 7.5 (as high as 7.9 in some spots), down to 6.9!! And the only amendment that might be needed is a little bluestone (copper sulfate), so we’ll go the natural route on that, and put it on this Fall just before the frost. Most of the other elements are sufficient as are the minerals. We’ve kept the wild oats at bay (they grew rampant) by cultivating around the plants themselves, hours of hand-weeding, and simply mowing between the rows. Next year, we’ll plant dwarf Dutch Clover between the rows. The mowings from the wild oats were beneficial for a natural mulch around the plants, so we didn’t get anything else! I also think the disintegration of the mowings’ mulch put some nitrogen and other much-needed organic matter back into the soil. The Home Acre little orchard is perfect, and needs nothing. I’ve spread a little compost (garden detritus and kitchen scrapings with horse manure from across the road) in the rows as it becomes available.

Here are some photos of the tree line in the ‘Home Acre’. The chokecherries are to the left by the fence. 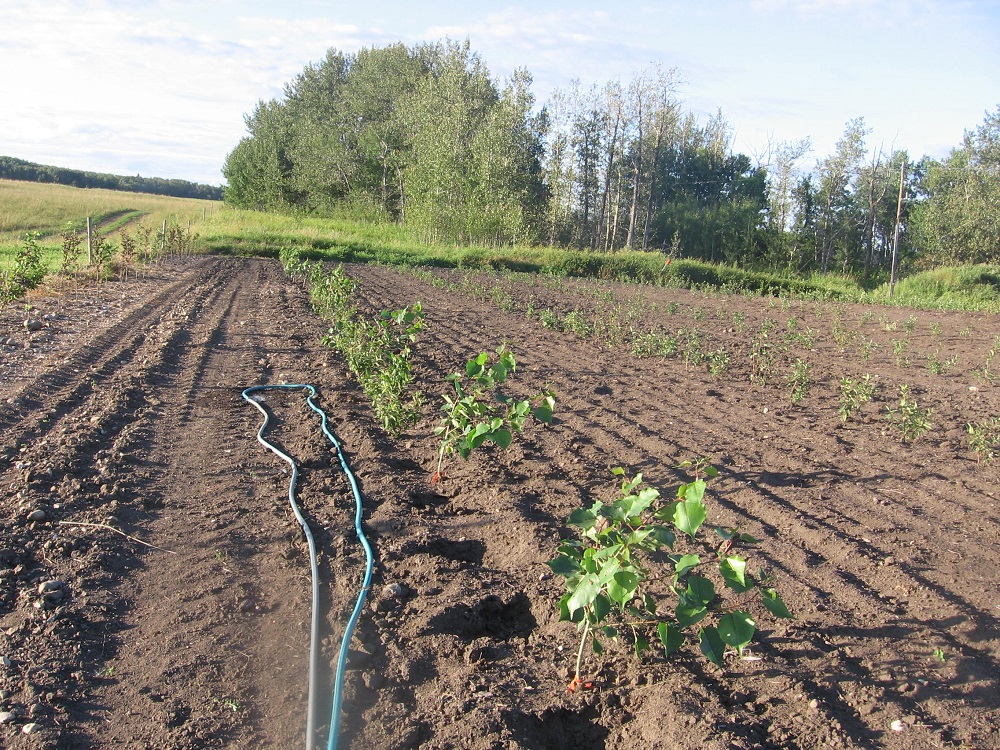 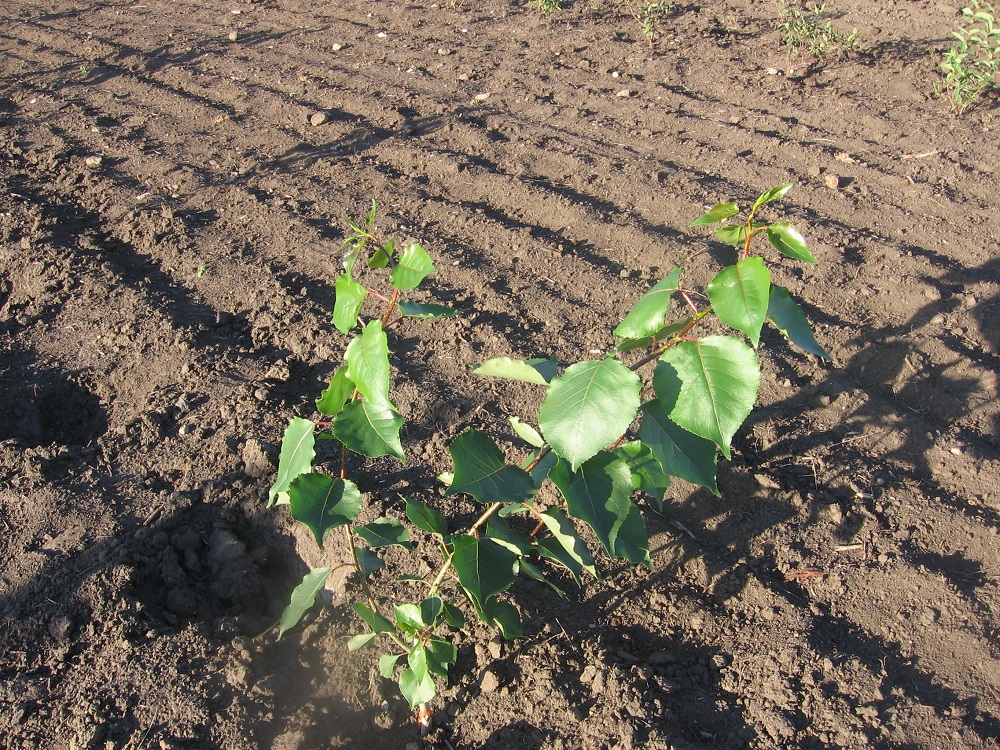