I recently sent a ‘gift-pack’ of 6 bushes via Bernis and Jim Ingvaldson of HoneyBerry USA, to a friend in Oregon who really wanted some Haskap/Honeyberries. Bernis was kind to include the specified ‘2 Indigo Gem, 2 Tundra, 2 Berry Blue TM’ and also 2 Carmine Jewel Cherries!

Jamie Blackburn has been my friend for a long time, via a popular knitting/crochet site called ‘Ravelry’ and she is an avid gardener. She was ecstatic with her received plants, and reports that after 6 days in the ground, they are proving to be very prolific, already blossoming and showing leaf growth.

Thanks, Bernis, for your attention to this order. I’ve recommended you to several others in the USA, who would be able to order from you without having to pay phytosanitary certificates and such, since you are also in the USA!

Here are photos of Jamie’s plants after 6 days in the ground: 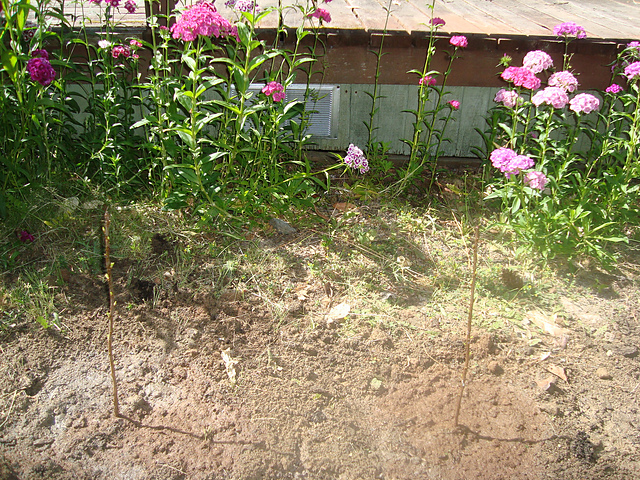 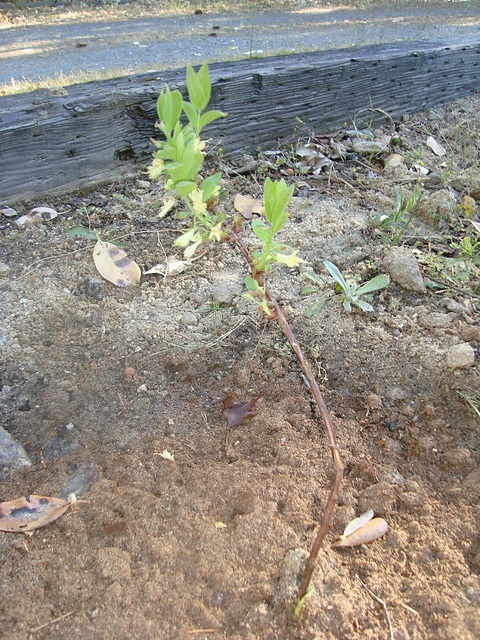 Site of Planting by her house 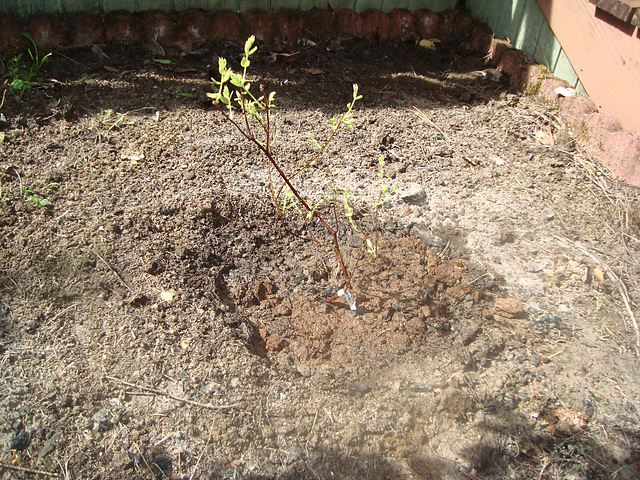 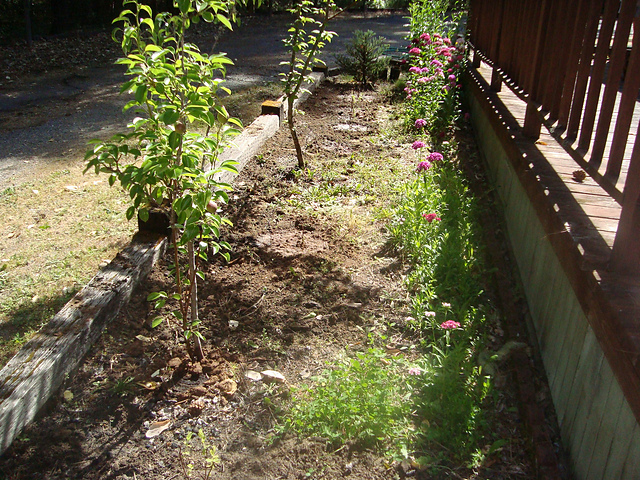